The Georgia Council on Substance Abuse is an independent advocacy organization dedicated to reducing the impact of substance use disorders in our communities through education, advocacy and training.

We help facilitate conversations that support the growth of recovery-focused services and support by recognizing the contributions that people in long-term recovery have made and continue to make. We provide hope.
We also lead a collaboration of addiction prevention, treatment and recovery advocates and allies in an annual event called Addiction Recovery Awareness Day at the Georgia State Capitol where we provide a unifying voice for a recovery-positive legislative agenda.
As a private, nonprofit organization, we rely on the financial support of our donors to sustain our policy advocacy work. Your generous contributions help us lift up voices for recovery, so that others may hear stories of hope and happiness. Please consider joining our efforts by making a donation so that others may know that recovery is not only real, it is an expectation! 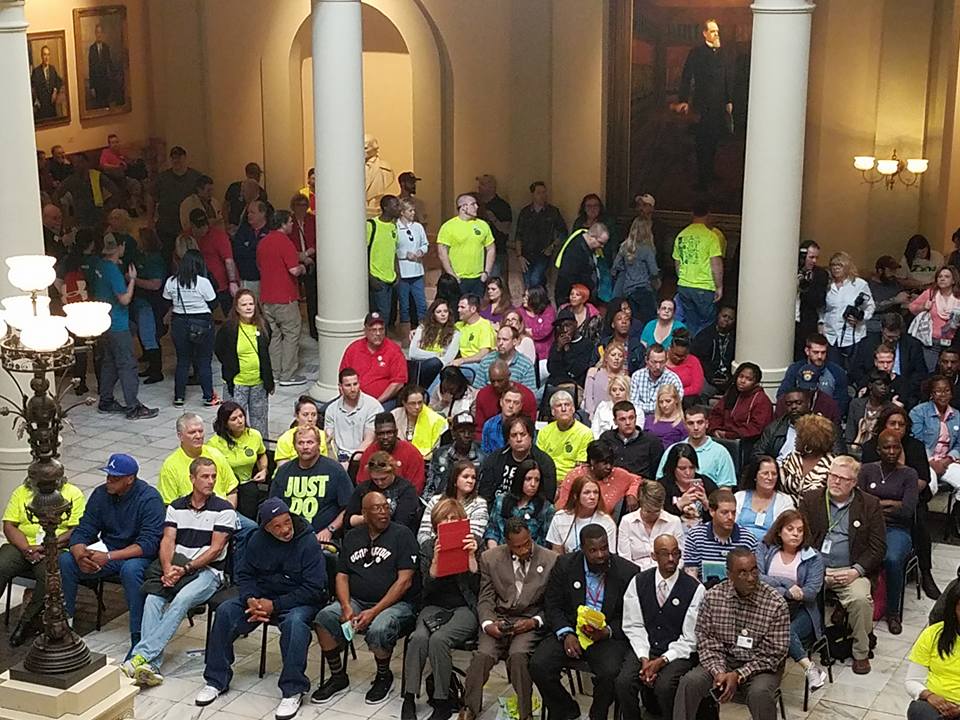 Ways We Are Making An Impact

Many Georgians with addiction and/or mental health challenges also have backgrounds which serve as a barrier to long-term recovery. In February 2015, Georgia’s Governor Nathan Deal signed an executive order implementing a “ban the box” policy that outlaws a requirement for people with criminal histories to disclose that information on a job form.
This didn’t happen by accident. It was the result of years of advocacy by GCSA and recovery allies, and allies for returning citizens. And, like other changes that appear dramatic and sudden, it came after incremental change that went unnoticed by most of the general public.
One of those incremental steps was the August 2014 reversal of an April 2012 policy that was adopted by Georgia’s Department of Behavioral Health and Developmental Disabilities that created barriers to employment for people in recovery that also had criminal histories–even very minor infractions. GCSA and the Georgia Mental Health Consumer Network worked vigorously over that two year period to remove that barrier to long-term recovery. The updated policy included language that speaks to the heart of the recovery movement:
DBHDD recognizes that individuals with a history of mental health and/or substance abuse diagnoses can and do recover.

The Power Of Advocacy

In 2012, a grassroots group of parents, family and friends who have been personally affected by drug addiction and overdose, came together to try to pass a law that encouraged people at the scene of an overdose to call 911 by protecting them from arrest.